Veal > The Kitchen > I love meat

In the international world of meat, the Giraudi Group is an unwavering and valued organisation. To illustrate its significance, I would like you to join me in Monaco, to listen to an unusual story from its founder, Erminio Giraudi. Born in Turin, Italy, his parents decided to emigrate to France where they took over a farm near Carcassonne, where Erminio was subsequently born. Unfortunately, the never-ending mistral winds
in the region made it difficult for his mother to settle, and when his father was given an opportunity to change profession, the whole family moved to the Netherlands. His father dealt in car tyres as a stop-gap before starting his own doll factory called Multiplastic, not far from Arnhem. His father passed away at age 47 when he himself was just 17. They sold the small factory and Erminio moved with his mother and brother to Haarlem. There, the two boys started an ice-cream parlour which quickly multiplied into four. In 1962, Erminio’s life changed direction and he ended up becoming the commercial manager of a rendering plant. It was in this capacity that he accidentally bumped into someone from the Boer company at Schiphol Airport. The owner, Mr Boer, asked him if he would be interested in selling their products and all of a sudden, Erminio Giraudi had started a new business in Nieuwerkerk on the IJssel. That was fifty years ago. At first, he mainly worked with lambs, but this changed and the business started processing more and more calves. Eventually, Erminio was selling 50 to 60 calves to Italy every week, dragging the carcasses to the meat train with his own bare hands. All of this was a long time ago, and the Giraudi Group now sends 30 lorries to Italy every week. The biggest change for Erminio came when he met the VanDrie Group. In his experience, a considerable amount of veal imported into Italy comes from the Netherlands and he describes the quality of the Dutch veal as exemplary and particularly consistent. When the Dutch make a promise they stick to it, which according to Erminio, is a quality you can rely on. “Unfortunately we are seeing a decline in turnover since the economic crisis. More and more people are choosing chicken or pork because it’s cheaper.” So they still prefer white meat? “Yes, in Italy, white meat is synonymous with good digestion, but in spite of the decline, veal is still number one for the Italians, especially in Rome and Milan.” Looking at the meat industry as a whole, the Giraudi Group is the largest trader in the world, producing 100,000 tonnes every year. Starting out back in the 1960s as a sole trader, Erminio has since turned his business into 5 international trading companies. The international divisions are divided into 50% veal, 30% beef and 20% pork, and each of their geographical markets has its own quirks. “Italy is the largest importer of white veal. In Spain we primarily sell Friander (rose veal), and there is also a clear distinction between the preferred choice of cuts. In Northern Europe, people tend to choose the more delicate parts like tenderloin, sirloin and the rib. Whereas in southern Europe, things are different. The people there still really cook.” Mr Giraudi is not as young as he used to be, and fortunately, his son Ricardo joined the business twelve years ago. Whilst the business has grown substantially, and still continues to do so, they have managed to maintain the sense and feeling of a family business. One factor that has brought Giraudi fame, and we have yet forgotten to mention, is the Beefbar! So what is the Beefbar? “I could never understand why I rarely got superior meat in superior restaurants. After all, there’s plenty of it: we are the ones buying and selling it. So I let my thoughts run wild. How could we ensure that the flavour of premium meat would be truly appreciated? I took on the challenge (for the pure pleasure of it of course) and started the Beefbar concept in Monaco. It was an immediate success. We even went as far as designing our own oven, and called it the I Love Meat. The highest quality always seems too expensive for restaurants, but not here! We make our veal tartare with the best and purest fillet, finely chopped on a work surface at 0 degrees (32 Fahrenheit).” The Beefbar soon expanded beyond Monaco and there are now Beefbars in Moscow, Mexico City, Luxembourg, Saint Barth (Caribbean), London and Paris….

We were secretly hoping that Erminio Giraudi would invite us to his Beefbar, and he did. He also introduced us to the chef, Thierry Paludetto - when it comes to chefs, there are very few who can claim in all honesty that they have been sous-chef to Alain Senderen or chef for Joël Robuchon, but Thierry Paludetto can. In respect of this, you might consider asking him why he works at a grill restaurant, but this has everything to do with Erminio Giraudi and his ideas about how to deal with people and products. Proof that his philosophy works, are the lengths people have to go to in order to get a table at his restaurant. Its menu may look simple, but it is laden with hidden treasures. Thierry: “We serve the world’s very best meat here. I like to compare it to wine. The animal’s genetics is like the vineyard, its breed, the cépage and the age of wine is like the maturing of the meat. When each aspect falls into place, you have the best quality wine and the best quality meat. Considering how close we are to the Giraudi Group, we are right at the source of the very best of beef and veal.” One of their hidden treasures is the I Love Meat oven. They designed the oven themselves for dry roasting meat at 400°C/750°F. “Pure. No oil or butter.” After which, the meat is left to rest, almost respectfully, before being served. They serve an impressive variety of potato side dishes, including the famous potato puree à la Robuchon.

For the tartare, finely chop the small capers, the jalapeño, the tarragon and the onion. Make a mayonnaise with the chopped ingredients, egg yolks, Worcestershire sauce and oil. Season to taste. Process the ice-cold veal tenderloin through the meat grinder, add the mayonnaise and season with salt, pepper and hazelnut paste. Press the tartare into small moulds and serve with thick-cut chips, rucola tossed in a dressing.

Season 200g veal tenderloin generously with salt and pepper. Sear to a nice pinkcolour in a little oil and roll tightly in plastic food wrap and cool immediately.Boil lobster for 5 minutes in a court-bouillon, leave to cool and then clean it.Slice the lobster tail carefully and finely chop the claw meat into a tartare.Cut the remaining veal tenderloin as a brunoise and mix with the chopped clawmeat, parsley, chopped tomato and lemon zest. Season with salt and pepper andset to one side. Mix the ingredients for the sauce and season to taste. Slice theseared veal tenderloin in very thin slices and layer in a circle on the plate. Placethe tartare in the centre and layer the slices of lobster tail around it in a smallercircle. Drizzle the sauce over the top and garnish with snipped chives and theParmesan cheese curls. 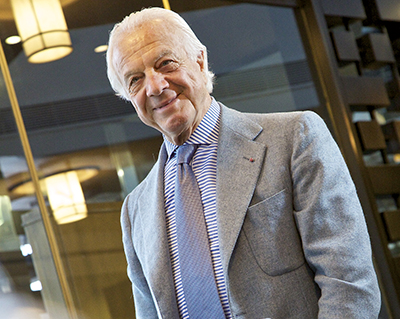 One of their hidden treasures is the I Love Meat oven.
Read more 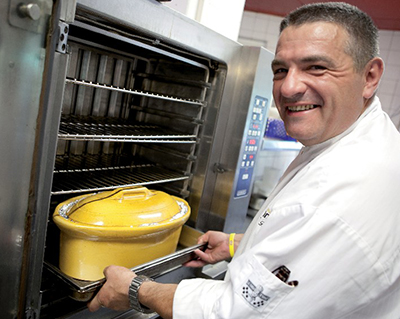 Pies are a real specialty in Lyon and in days gone by, the pies would have been made by pâtissiers, not by charcutiers.
Read more

This brings us to the most famous of Italian specialties, the osso bucco.
Read more 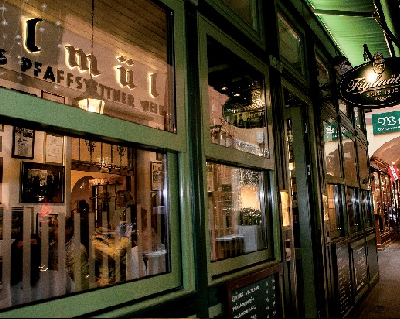